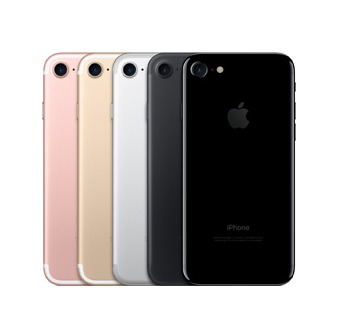 Whenever a new iPhone is launched, there’s alway one question in every app developer’s mind- How will it change app development and usage? Apple unveiled its much awaited iPhone 7 and 7 Plus on September 7th, 2016 at  Bill Graham Auditorium, San Francisco.

Though the visible hardware design has not changed much, the new devices are refined from inside and offers a lot for iOS app developers to build high quality apps.

The phone packs in a lot of new features.  It comes with two 12 megapixel cameras, one for wide angle photos and another for telephoto. Apple is known to be one of the courageous companies which annoys its users with deliberate decisions to dump things and move forward, obviously for the better. And that comes with the second major hardware change, replacing the decades old I/O port 3.5mm audio jack with a lightning connector of it’s own, for earphones.  The device has become water resistant with the removal of the audio jack.

The architecture of the new processors are reengineered and includes the new A10 Fusion chip which is a 64-bit, quad-core processor that Apple says is 40 percent faster than last year’s A9 processor. Two cores are high-performance, the other two are high efficiency, which will toggle depending on tasks to provide you both better battery life and performance. Apple reckons its 240 times as fast at graphical processor as the chip in the original iPhone. These various virtues and abilities add up, according to Apple, to console-level gaming and the longest battery life ever on an iPhone.

How will it impact developers?

With the new programming language, features of the SDK, bundled with Xcode will provide developers more capability and enhance productivity. However there will be things unknown to explore and enhance, always. Sometimes your tests may fall short even after using the tools’ abilities or a bug in Xcode might make you bang your head to wall. There will always be something new to discover. No matter how convenient these tools are, they will fall short at times. That keeps the hope alive for the next release.