The Evolution of Indian Agriculture Industry: Key Policies and Reforms

With food grain production of 69.3 million tonnes in the fiscal year 1960-61 to 264.35 tonnes in the fiscal year 2013-14, Indian agriculture has come a long way. The growing population became a key driver for agricultural products and with time, rising urban and rural incomes also gave a boost to attractive opportunities in the Indian agricultural sector. In this article, we talk about how the Indian agriculture industry transformed since the 1950s by diving into different policies and reforms, particularly over the last 5 years- where the transformation took place at an unprecedented pace and witnessed disruptive breakthroughs.

The1950s: Era of stagnation in agriculture

A period marked by limited or insignificant growth, agricultural production during this period witnessed:

A good transition from stagnancy to high agriculture production, this period was characterized by:

During this period, India transitioned from achieving just food security to surplus production. The key highlights of this period include:

2000 and beyond saw a great push to agricultural production with the introduction of supporting reforms, new policies and adoption of technology. Some key highlights from this period include:

As mentioned earlier in this article, the last decade or so has been remarkable in terms of supporting policies and reforms, adoption of digital technologies and significant investments in the sector. In this section, we’ll take a closer look at the most striking policies and reforms that contributed to the growth of the agricultural sector in India.

We are a digital partner of choice for multiple companies across industries with a deep focus on Agri-tech.

Avail a FREE consultation to know how your business can achieve greater customer satisfaction and profits with digital solutions.

billion during the 11th five-year plan. It aimed at incentivizing states to increase outlays for agriculture and allied activities, thereby encouraging growth opportunities in the agriculture sector

In February 2017, as an effort to protect the farmers against price volatility, Niti Aayog came up with a law on contract farming to protect the farmer’s interest.  The NITI Aayog observed that market fees and other levies are paid to the APMC for contract framing when no services such as market facilities and infrastructure are rendered by them. In this context, the Committee of State Ministers on Agricultural Reforms recommended that contract farming should be out of the ambit of APMCs.  Instead, an independent regulatory authority must be brought in to disengage contract farming stakeholders from the existing APMCs.

As per the draft Model Act, contract farming will be outside the ambit of the state APMCs.  This implies that buyers need not pay market fee and commission charges to these APMCs to undertake contract farming.

Tax incentives and other sops

2020 saw reforms in agricultural policies and financial boost through government investments, primarily driven by the motive to reduce the adversity caused by COVID19.

In June 2020, India’s Union Cabinet made amendments to the Essential Commodities Act (ECA) which will help farmers get better prices for their produce and more discretion over who and where to sell. The proposed changes will allow Indian farmers to sell their products to anyone outside the Agricultural Product Market Committee (APMC) mandis. Also, the prices of essential agricultural produce will now be controlled by market forces, thereby liberalizing the farm economy – a move that is expected to give a major boost to the agriculture sector.

The electronic-National Agriculture Market (e-NAM) platforms will witness another round of expansion. The digital agriculture market that enhances the scope of inter-state trade will add 415 more ‘mandis’ to the e-NAM platforms. This will take the list of electronically connected wholesale markets in the country to 1,000 this year. The trade on its portal has already reached Rs 91,000 crore. Using this portal, the farmers can access all information on the e-NAM platform easily through their mobile phones from anywhere. This trading platform intends to reduce transaction costs, bridging information asymmetry and helps in expanding the market access for farmers so that they can get better prices of their produce.

As per eNAM data of June 2020, about 585 APMC markets in 16 states and 2 Union Territories (UTs) have been integrated into the e-NAM platform. More than 1.65 crore farmers and 1.27 lakh traders have been registered at the portal, launched in April 2016.

From the Rs 20 lakh crore economic package that was announced by Indian Prime Minister to combat the impact of coronavirus, Rs 1 lakh crore will be allocated to the agriculture sector and its allied activities. The fund will be used on the creation of agricultural infrastructure like cold storage chains, post-harvest management, warehouses.

Digital Initiatives by the Indian government

With the objective of providing government services to farmers in rural and urban areas electronically, many digital initiatives have been launched by the government of India. These include:

India has seen robust demand for agricultural products over the last few years and it continues to grow with the increasing population. Other than growing population, the rising urban and rural incomes, changing lifestyle and increasing expenditure on health and nutritional foods have also added to the growth in demand for agricultural products. The increasing demand has created a way for attractive opportunities, primarily in the areas of agricultural inputs such as hybrid seeds and fertilizers, storage facilities and overall food infrastructure and supply chain. Lured by the size and returns of the Indian agriculture market, foreign firms have also strengthened their presence in India and the government is ensuring that the resistance to growth opportunities is minimized by supporting policies such as the rationalization of tariffs and duties related to the food processing sector, providing a boost to the agri-inputs market, introducing farmer welfare schemes and a lot more. In the pursuit to scale up agricultural production and achieve the objective of doubling farmer income by 2022, the government has started to leverage digital agriculture services and technologies. The digitization in agriculture is catching up fast. From platforms like eNAM to projects like Agri Udaan, the commitment to the use of technologies in agriculture is strong and clear. It is now important for investors and stakeholders to utilize this opportunity and ride the tide of long-overdue digital transformation in the agriculture sector. 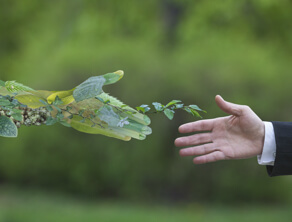 Creating an Effective Agritech Ecosystem: The Role of.. 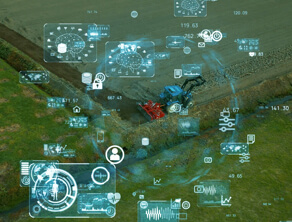 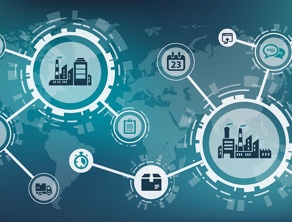 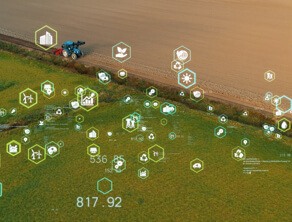 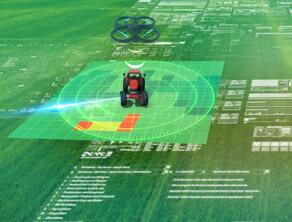