The beta versions of iOS 7 are out for developers. We checked both the versions and here’s what we feel are the new features and capabilities in the new OS-
The major shift in the iOS 7 from iOS 6 is a set of compelling features for developers to incorporate into their apps. The UI in the iOS 7 is redesigned and a new animation system for creating 2D, 2.5D games has been introduced. The enhancement of multitasking, peer-to-peer connectivity and few other key features in the Apple’s latest mobile software brings more to your iOS device. 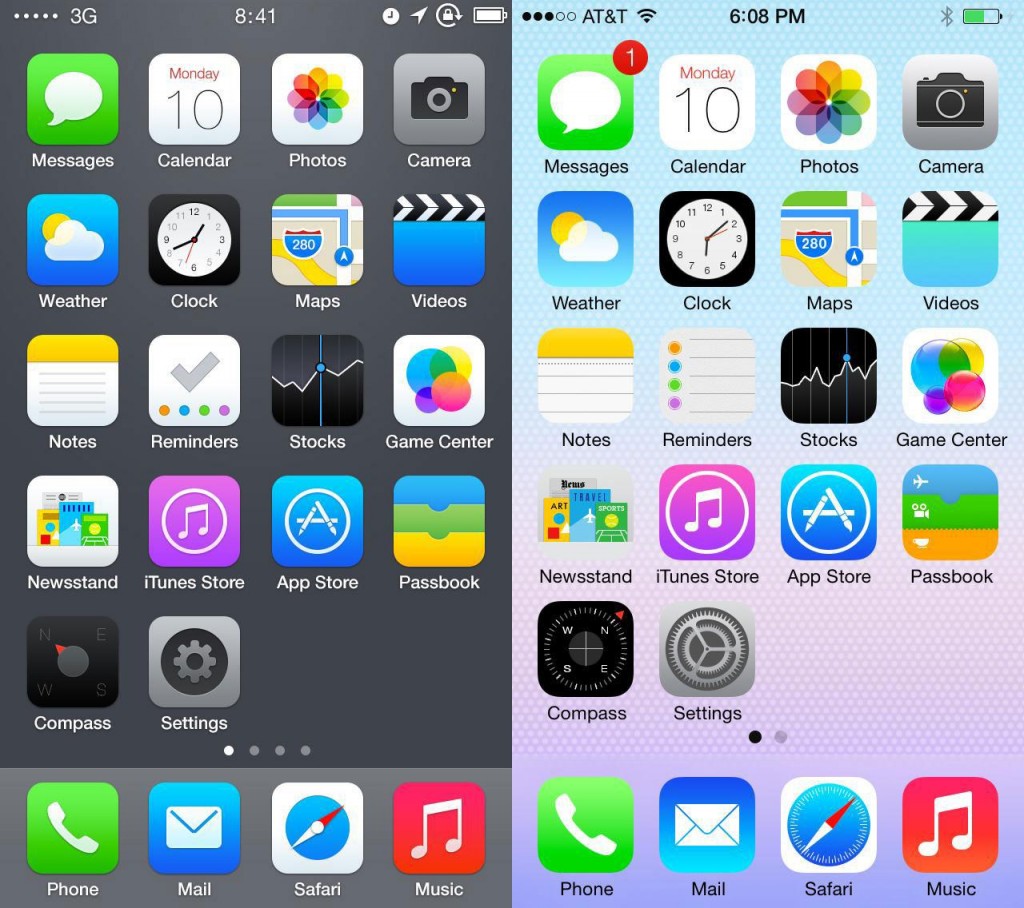 iOS 7 has come up with many new features which make the user interface great. The user interface has been completely redesigned for iOS 7. Apps compiled against the iOS 7 SDK automatically receive the new appearance.
# UIKit Dynamics

iOS 7 features pull up from the bottom of the screen menu which gives you access to the quick settings like airplane mode, Wi-Fi, Bluetooth, Orientation Lock, etc.
Notification Center:
Update in the notification center provides users with an option to check the notifications received ‘Today’.

iOS 7 has an update on multitasking enhancement as well. Multi-tasking has been changed in a way to allow you to see what you’re jumping to in a lovely visual manner, replacing the little bar that comes up at the bottom of the screen.
Games:
iOS 7 also have great enhancement for games. iOS 7 includes the following new frameworks:
– Sprite Kit Framework
– Game Controller Framework
– Game Center Improvements:

* Exchanges feature was included in the iOS7, which helps the user to initiate actions with other players, even when it is not their turn. – The limit on per-app leader boards has been raised from * 25 to 100 in the iOS 7 for the game center.
* Adding conditions to the challenges.
* Authenticating support has been increased.

There are critical enhancements in the map section of iOS 7. The apps that display location based information can now take advantage of 3D map support. iOS 7 maps support adding of position, tilt and heading information to their appearance. Line based overlay in the operating system help in following the curvature of the earth.

The enhancements in this feature help the users to share photos, documents, URLs and other data to the nearby devices.

A new music player has been checked into iOS 7. The player instead of displaying only the music stored on the device, also adds in your library stored on iCloud, allowing you to view all your tracks in one place. iTunes Radio brings streaming radio with over 200 genre-focused stations. It offers personalized experience based on the history of channels and music you play and download.

This feature helps in supporting the discovery of nearby devices and direct communication can be made without internet connectivity.

Apple’s latest OS is surely a big overhaul from its predecessor and is good news for users and developers. iOS 7 is currently available for developers and Apple users will have to wait till fall to get it in their device.