Why Should You Transition IOS App From 32-Bit To 64- Bit?

In the age of the fast moving technology world, where world’s leading smartphone makers are racing to make mobile phone’s processors faster, Apple leaps forward with another declaration of mandating all the iOS 7 and core apps to be ported to 64-bit. Apple smartphone devices account for around 17.9% of the global market share, according to Gartner’s most recent quarterly sales report. This has saved them a top spot although they have a compact variety of phones as compared to their competitors.

Apple has updated the pop-up warning in the iOS 10.3 beta to say that the 32-bit app you’re running “will not work with future versions of iOS.” This is indicative that the ability to run a 32-bit app is coming to an end.

Apple has required all new iOS apps and app updates to be submitted to the iOS App Store to support 64-bit . Since then, Apple has begun phasing out support for 32-bit apps, and plans to stop supporting them all together with iOS 11. 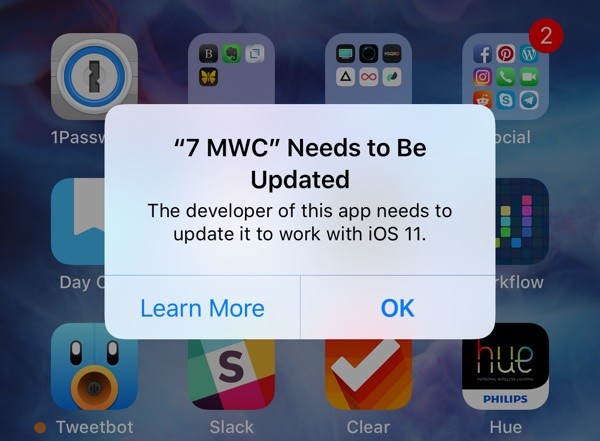 What Does This Mean?

The switch to 64-bit only support means that older iOS devices built on 32-bit architecture will not be able to upgrade to the new iOS. This includes the iPhone 5, 5c, and older, the standard version of the iPad (so not the Air or the Pro), and the first iPad mini. 32-bit and 64-bit, in simple terms, refers to the amount of data a processor can handle. Since a 64-bit processor processes more data at a time than a 32-bit processor, you get a faster performance. You’re not affected, if your app is built in June 2015 or after. Particularly apps that have not seen an update before June 2015 or at all, or anything built prior to that, could be on the butcher’s board.

Ideally the best practice is to update each of your apps at least once a year. This should preferably be done towards the end of the year or start of the next year, in order to coincide with the release of a new iOS version in September. This ensures eradication of any bugs in the new system before you update your app. If this is followed, you should not experience any problems, and your business will continue along happily with an app that can be used by the vast majority of Apple iPhone users.

Businesses whose apps have not been recently updated or overhauled are taking a serious risk. You won’t be able to upgrade to the next major version of iOS, if you’re using an older device. It should not come as a surprise to you as Apple has a history of cutting off support for older computers and devices in its new operating systems.

If you’re using older 32-bit apps on newer devices, you’ll need to upgrade your apps to make sure you can still use them. Businesses not ensuring an upgrade during the switch to 64-bit development, might miss out the new version because some developers released new versions of their apps that you may have to buy instead of updating the old ones.

Apple has included a tool in iOS 10.3, to check when an app was published or last updated.  Go to Settings, General, About, Applications. A list titled “These apps may slow down your iPhone and will not work with future versions of iOS if they are not updated” will show you the apps that are not currently 64-bit.

The app will need to be updated, rebuilt or be scrapped. In some cases, the app may be so out-of-date that it is more economical to start from scratch than to update the original. You will need to decide accordingly.

Since the launch of  iPhone 5, Apple deliberately decided to replace its less advanced but cheaper 32-bit counterpart with 64-bit processors. As soon as Apple ushers in the new version of its operating system, iOS 11, around September this year approximately 200,000 iOS apps will be rendered useless.

The pioneer step of Apple has created ripples in the market, but there is nothing illustrated like existing apps with 32- bit architecture will be removed or its performance will be affected, if they don’t comply with 64- bit.

Earlier developers had the choice to submit only 32-bit apps or universal binaries, but it will no longer be an option. To enable a project, default Xcode build, setting of “Standard architectures” can be used to build a single binary with both 32-bit and 64-bit code. So, it is logical that the developers need to be updated with the 64-bit support. All newly released games, will need to take advantage of iOS 8 and 64-bit ARM chips in newer iOS devices.

Benefits Pertaining To The IOS Upgrade

Many considered it as an Apple’s aggressive rollout., however, Apple’s transition to a comprehensive 64-bit app store is commendable. Accommodating Apple’s requirement will improve the performance of iOS application and becomes a way to reach large consumer base.

Apple has created a big bang in the industry by including iOS 8 and 64-bit architecture in apps. This incredible move of Apple is a great opportunity for the developers to delight their users by making the app more dynamic & robust with 64-bit support incorporation.