“There will be more than 24 billion IoT devices and 4 smart devices on average owning capacity of an individual by 2020.”
-Gartner Report

Internet of Things is a computing concept that has already transfigured the use of technologies. Connected devices are going mainstream, IoT has made it easier to set up a smart home, wearables, automobiles, machinery and several other devices which can be remotely controlled through smartphones.

As IoT is emerging, marketers are responsible for embracing a flawless secure technology — Blockchain. The conceptually groundbreaking technology Blockchain is altering the way IoT is viewed. Blockchain technology provides a secure network by using the decentralized system to increase the security, privacy, and compliance of all the IoT connected devices.

Where IoT is opening channels that enable billions of devices to connect and exchange data around the digital world, security becomes the most critical challenges of IoT, such as data privacy and data storage safety. Hackers can misuse these vulnerabilities and reduce a data security assurance. Hackers can steal or hack sensitive data through smart connected devices. As emerging IoT technology has become a part of our lives, such security threats cannot be overlooked.

Maximum enterprises have augmented their business process framework for the digital age. Connectivity has to be kept in mind while designing digital products. However, for a large-scale industry, the primary structure is a centralized model where all the users are connected. The challenge here is, there are unreasonably numerous IoT to monitor the centralized model performance. An organization needs to envisage the obstacles of the decentralized model to oversee all the advanced IoT connected devices.

Well, all these challenges have one solution, i.e., blockchain. Business leaders are focusing more on building IoT enabled devices while keeping a close eye on blockchain technology integration. Blockchain ensures secure networks with its decentralized nature that provides responsibility and assurance for each transaction — immediate security benefits for enterprises and preventing from creating chaos in business processes.

The technology makes it impossible for hackers to corrupt the data and impart an enhanced authentication and outbreak control. It has the potential to deliver cross-platform interoperability and manage a stable running of million connected devices on numerous platforms by creating a standard machine-to-machine contract. IoT devices can use blockchain technology such as Ethereum, a distributed computing platform to build a common platform for communication and transactions.

The blockchain is a robust technology today that has increased people’s trust by offering reliable and safe solutions. This robust technology can help enterprises to achieve their multiple business goals involving less cost as it has numerous open source possibility.

Integrating Blockchain with IoT makes its easier for enterprises to execute confidentiality and robustness — a critical element that guarantees well-grounded connections and secures the many IoT connected devices network.

According to the most recent news published on Global Trade Review, Skuchain, a blockchain technology startup partnered with NTT Data to bring blockchain’s benefits in supply chain and logistics management. According to the report, both of them are facilitating companies in Japan to use supply chain platform to offer inventory financing offered through the blockchain platform. IoT allows manufacturers to scan products on a collective basis, using smartphones. The implication of blockchain technology helps manufacturers to track their products at every point of the supply chain. The users can follow and trace products. Merging blockchain with IoT helped Skuchain to reduce their stock wastage, increase their efficiency, speed and better control over their supply chains.

Merging blockchain and IoT can spot the missing link emerging from accuracy and confidentiality concerns on the Internet of Things. It ensures all the data or information of billion devices are safely recorded and allow IoT devices to communicate securely.

“By 2019, as IoT adoption grows in major industry, government, and consumer sectors, 20% of all IoT deployments will have basic levels of blockchain services enabled.”
– IDC

Today IoT is all about remote monitoring, data collection, and device automation. In the next few years adaptation of this emerging technology will have autonomous connected device interactions and make smart decisions on their own without having any need of human assistance. Ahmed Banafa, an experienced research analyst, said, “the decentralized, autonomous, and trustless capabilities of the blockchain make it an ideal component to become a fundamental element of IoT solutions.”

Blockchain in future is more likely to underpin our economy with M2M interactions. For example, the smart refrigerator will know when it’s time to be replenished and automatically place an order, negotiate the price and pay for the items using virtual currency. Also, it can negotiate the price through smart contracts and considers the owner’s preference while doing that.

Blockchain technology is expected to fulfill the requirements of the IoT based enterprises and become an enormous technology supporting Internet of Things. 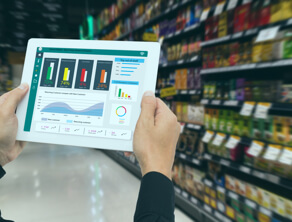 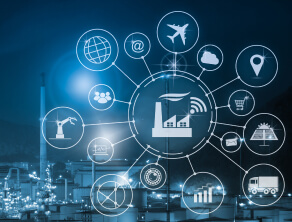 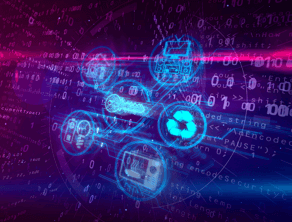 What are IoT devices and how are they.. 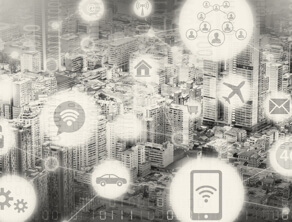 What are IoT Sensors and what Types of.. 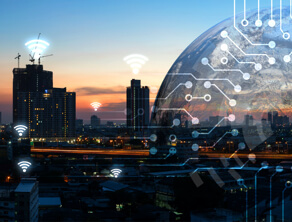 Top IoT Trends We Can Look Forward to..