The video game industry has recorded significant spending and profit in 2020. As the coronavirus pandemic forced people all over the world to confine themselves to homes, people started seeking alternative ways of entertainment. This also caused gaming on various devices to gain momentum for many people, for whom this has also been a first time experience. For regular and dedicated players, the pandemic caused a surge in logged-in hours. In the United States, gamers spent $33.7 billion across hardware, accessories and content through September, according to the NPD Group. According to Newzoo, a popular gaming analytics firm, gamers worldwide are expected to spend a record $175 billion on software alone in 2020, up from $146 billion in 2019. Taking advantage of this opportunity, key players in the video games area couldn’t have figured out a better time to launch their latest consoles- Xbox Series X and PlayStation 5.

Taking advantage of the pandemic boom: Launching the new PlayStation and Xbox

An untapped market segment has opened itself up to the world of video games, given the need to stay engaged while at home. The pandemic has given people more free time to play games. Gamers getting started right now are likely to stay hooked for years to come, implying more business opportunities for both companies. Taking advantage of this fact, Microsoft and Sony both released new video game consoles this week: Microsoft’s $500 Xbox Series X and $300 Series S, and Sony’s two models of PlayStation 5, starting at $400. As video gamers across the world flocked to stores and crashed pre-order websites to buy these new video game consoles, it became quite evident that the craze is here not just to stay and sustain, but grow beyond what was estimated a year ago.

A quick flashback: How Sony and Microsoft redefined the way we play video games

Sony released its first PlayStation around 5 years ago, making its way into a marketplace that was largely dominated by Nintendo and, to a lesser extent, by Sega. Microsoft introduced its Xbox seven years later. The rest is history. These giants have not only kept people hooked to games but also made countless contributions to advance video gaming over the years. Let’s take a quick look at the evolution of both of them over the decades.

The evolution race is still on: PS5 and Xbox X

While gamers have probably received their best gift of the year with these launches, all over the world they are now faced with a common dilemma- which one to choose. Well, to answer that, we’ll say it depends. Even though they seem like they are at war with each other, their positioning this time has been quite different-Microsoft and Sony are now offering different visions for the future of gaming.

Microsoft is making its new machines very gamer-friendly and focusing less on all the other things a console can offer- primarily load time. Microsoft is also going big on its Game Pass subscription service- offering gamers access to more titles for a monthly fee. Meanwhile, Sony has taken a step up in graphical capability compared to the current generation and focused on their loading times as well (which is almost instant). Sony is following a similar strategy that worked for it in 2013- selling discs and downloads for premium prices.

The deliberation between the PS5 and Xbox X was tested on the popular title NBA2K21. It was again found out that though neither console has a massive advantage over the other, Xbox Series X emerges as the winner across both featured tests on load time. The tests show the Xbox Series X pulling out ahead with 2.953 total seconds of load versus PS5’s 3.237 seconds when it comes to time between menu and playing the actual game. versus 14.097 seconds on PS5.

Gaming is here to grow

Games are one of the few entertainment sectors that are expected to see growth this year, with a forecast compound annual growth rate of 6.4% from now to 2024, according to PWC. While many may argue that the demand is likely to go down as the pandemic subsides and people start to go out, the opposite also holds true. With engaging experiences that users worldwide are hooking themselves with, the gaming industry has tapped on a dormant user base and created more opportunities for themselves as they are likely to continue with gaming in future.

The new consoles are all about gamer-centricity

The new generation of both gaming consoles are powerful, fast, and offer an incredible experience when played on a 4K HDR-ready TV. TIf you’re still thinking which one to choose, here’s a tip. PS5 will give you tons of exclusive, critically-acclaimed games. But if you want to have access to countless, continually updated games and play exclusives at a reasonable monthly cost,go for the Xbox. Other than that, PlayStation 5 will be a bit faster than the Xbox One X and will leave you spending slightly less time staring at loading screens. But no matter which one you choose, it is noteworthy that your gaming experience will be like never before. Both consoles focus on user-centricity by taking care of aspects such as high-end graphics, load time, gameplay and more.

Looking at the evolution of gaming consoles, it is reasonable to say that gaming experience has levelled-up and evolved over the time and a significant credit for that goes to Microsoft and Sony, who have redefined the gaming experience all along. What we see now is a new generation of gaming experience that is more about the “feel” of it. What we’ll see next, and have started to get a glimpse of already, is how the future of gaming lies in breathtaking experiences that can blur the boundary between what’s real and what’s virtual. 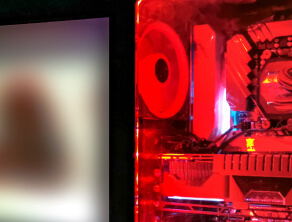 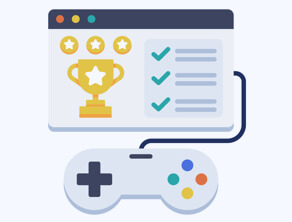 10 Monetization and Retention Strategies You Should Leverage.. 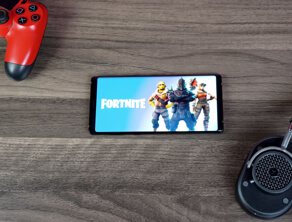