In 1990, the first IoT device device was created- a smart toaster that could be controlled from the internet. It was in 1999 that the term “Internet of Things” was coined. Fasttrack 20 years, IoT devices are so widely used, that by 2025, it is expected that 75 billion IoT devices will be connected to the Internet. IoT devices have created an ecosystem of value creation- by transmitting data across the IoT network. Businesses capture data from IoT devices to get insights to make better decisions. Implementing IoT seemed a win-win situation for businesses, except the fact that something critical remains unaddressed- the security concerns.

Many businesses are still cautious about IoT deployment on a large scale. The security vulnerabilities make IoT networks an easy target for cyber criminals to exploit. Other than security, IoT networks are faced with another challenge- scalability. With the growing number of IoT devices in a network, the capacity of current centralized systems to manage different nodes in the network can turn into a bottleneck, thereby necessitating heavy investments in servers that are equipped to handle data exchange on a large scale. So what’s the fix?  Implementing Blockchain technology in IoT could be the answer.

Blockchain, a form of Distributed Ledger Technology, has moved way beyond cryptocurrency since its inception and is finding its way into diverse areas and exploring applications when combined with other technologies such as IoT, specially to overcome the limitations of the latter.

IoT networks process data at multiple devices, managed by different owners, making it extremely difficult to identify the source of data breach in case of any cyber attack. Additionally, with multiple stakeholders involved, there’s discrepancy around the ownership. The challenge presents itself as a use case in itself and blockchain technology, popular for addressing security, reliability and scalability issues, seems like the most obvious solution. Here’s why:

Blockchain as a technology was designed for securing transactions and interactions in the first place, but adoption of blockchain in IoT is still in early days. However, the development and research in its applications is in full pace. IBM Blockchain, for example, already allows extending blockchain into IoT.

Blockchain, undoubtedly, will serve as a game changer for IoT. From eliminating the need for costly centralized IT infrastructure to fostering better stakeholder relationships with added security and trust, blockchain is sure to compliment IoT and the combined synergy will drive great business results.  Many industries have already implemented blockchain with IoT- BFSI, Agriculture and Automotive to name a few. Supply chain and logistics have also witnessed increased adoption of smart contracts, doing away with the need for a central authority.

The global blockchain IoT market size is projected to grow at a Compound Annual Growth Rate (CAGR) of 45.1% and reach USD 2,409 million by 2026, up from USD 258 million in 2020. This growth is attributed to the need for secure IoT networks, simplified processes, transparency and immutability. North American and Asia-Pacfic region will account for the most growth during this forecast period. Application wise, the asset tracking and management segment are likely to register the highest growth rate.

This growth is encouraging for Blockchain IoT companies and businesses that want to capitalize on the opportunities that come with implementing blockchain in IoT.

Challenges in adopting blockchain in IoT

Despite the huge potential, there are some factors that may impede the adoption of blockchain in IoT. For instance, the architecture for IoT devices that needs to be coupled with blockchain has to be different from traditional IoT architectures. Some more challenges to be aware of are:

Blockchain in IoT use cases

Blockchain capabilities empower IoT devices to enhance security, improve transparency and create a decentralized environment. This has started to significantly impact industries- not just BFSI, as one would think, but other industries as well. Let’s take a look at how the pairing of blockchain and IoT is revolutionizing industries in some IoT Blockchain use cases:

The future of IoT and Blockchain

Iot and data go hand-in-hand. Adoption of Blockchain in IoT will not only improve operational efficiency but also provide a more secure environment.  Implementing blockchain with IoT not just keeps a record of every transaction along the way but makes them tamper-proof, too. Streamlined with blockchain, IoT will improve processes across various industries, as we mentioned earlier in this article. The question of security, transactions, identity and interactions would often invite application of IoT and blockchain.

As already mentioned, the global blockchain IoT market size is projected to grow to USD 2,409 million by 2026, at a CAGR of 45.1% and the asset tracking and management segment are likely to register the highest growth rate. We can already see how the combination of IoT and blockchain technology is contributing to the growth of various industries such as healthcare, supply chain,  agriculture and more in asset tracking and management. From planning resources, enabling and improving real-time communication to proactively managing enterprise inventory, the adoption of blockchain IoT has made asset management easier and more secure. This also  helps to predict anomalies and identify patterns which help to optimize processes and enhance the overall supply chain traceability, and cost-efficiency.

Even though the duo-technology  is at an early stage, this number clearly indicates how the potential of IoT and blockchain are well accepted and the adoption has already caught pace. Big tech companies are not waiting anymore, they are in fact taking initiatives. Which is another reason why enterprises that play in this area must proactively start looking at the combination of these technologies already to keep ahead in their digital initiatives. 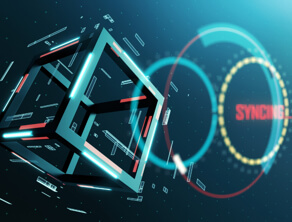 What is IoT in Blockchain, and how is..

The Difference between IoT and IIoT 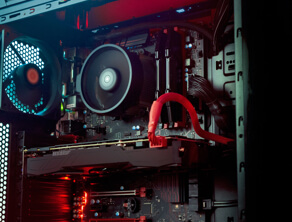 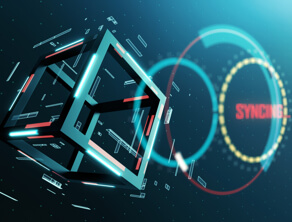 The Role of Blockchain in Enhancing Financial Security 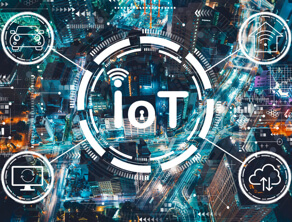