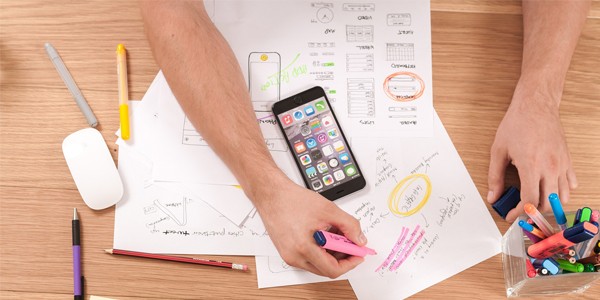 Designing and launching an outstanding mobile app is only the first step in the journey to a successful mobile app. Nearly 22% of apps downloaded are never used more than once. Mobile app developers often find profits elusive despite bringing in a high degree of innovation to the table. The vast number of mobile apps coming up every month have led Gartner Inc. to predict that less than 0.01 percent of apps will be considered a financial success by mobile app developers by 2018.

Therefore it is of utmost importance that app developers measure the right metrics to optimize their apps.It is essential that users not only discover value in the first use of the app but also sustain their attention so that the app becomes a part of their life. Enterprise mobile app metrics can be divided into the following four broad categories

These metrics focus on the user experience of the app.

App Crashes: App crash rate is measured as the  average number of crashes per app loads.The typical crash rate is 1-2 % but can vary depending on the type of app, its maturity etc. App designers should target keeping the crash rate at minimum.

API Latency: API latency refers to the round-trip time taken between a user request to  an app response. Ideally the response time should be optimized to 1 second or less.

App Load Per Period: This metric is critical because it is related to the number of transactions over a certain period of time and essentially measures how your app handles sudden changes in load without degrading performance.

They give an insight into the user demographics.

Monthly Active Users/Daily Active Users: It is a broad metric that denotes the user base of the app and it’s trends.(whether it’s growing or shrinking)

OS And Devices Metrics: These metrics tell you how your key users use your apps – on what devices (smartphones, tablets, IoT devices) , what OS version etc.This helps app developers know where to focus their efforts.

These metrics depict the level of user engagement your mobile app is driving.

Session Length: The time period between app open and close is known as session length. The more your users are engaged , the more time they will spend on your app and hence higher will be the session length.

Session Interval: The time between two user sessions which denotes the frequency at which your app is being accessed.

These metrics give an insight into the revenue flowing in through the app or business generated through it.

Acquisition Cost: The cost of acquiring your customers through paid campaigns,organic searches on the app store or referrals and whether it balances the value generated by the users after experiencing the app.

Abandonment Rate : The rate at which transactions initiated through the mobile app are abandoned by the user. Abandoning a transaction could result out of several reasons such as app crash or if the user changed his mind etc.

It is important that these mobile app metrics are tracked and monitored on a real time basis, derive insights from data and then optimize the features of your app to ensure higher user lifetime value, retention, and an increased frequency of usage.