The world leader in published collectible sector and one of the leading publishers of children’s magazines and books, Panini, a once entirely brick and mortar store, wanted to expand into the territory of digital and explore the innumerable opportunities that existed for them. We at [x]cube, with our expertise in helping organizations transform digitally, were the perfect partner for them to plan their digital journey with.

The world leader in published collectible sector and one of the leading publishers of children’s magazines and books, Panini, a once entirely brick and mortar store, wanted to expand into the territory of digital and explore the innumerable opportunities that existed for them. We at [x]cube, with our expertise in helping organizations transform digitally, were the perfect partner for them to plan their digital journey with.

Panini, a celebrated name among enthusiasts of published collectibles, magazines, and books, were established in 1961. Their journey goes long back, to a time when even the concept of digital business didn’t exist. As of today, they have a number of different areas of business in which they operate. They produce comics, stickers, books, magazines, sports trading cards and a number of different items through their collectibles and distributing subsidiaries. They entered the US market in 2009 and through their subsidiary, Panini America, and continued to grow into one of the most renowned distributors of collectibles in the U.S with official licenses for NBA, NFL, FIFA, Disney, DreamWorks, Warner Bros., and many more notable brands. In 2016 the Panini Group deals surpassed 631 million Euros (698 million USD) with deals in more than 120 nations, upheld by 12 subsidiaries and more than 1000 workers around the world.

While Panini were doing exceptionally well with their brick and mortar establishments, they also knew that the world is moving towards digital and they needed to keep up to stay relevant. So they initiated their digital journey with Gridiron apps but somehow felt that they weren’t close to the grand digital idea that they had hoped for.

They approached [x]cube LABS with their challenges and vision. With strong experience in offering digital strategy consulting and solutions to enterprises transforming into digital enterprise and having developed over 700 applications across all platforms, we were confident that with the right set of practices such as DevOps in place, we could help them realize their dream. 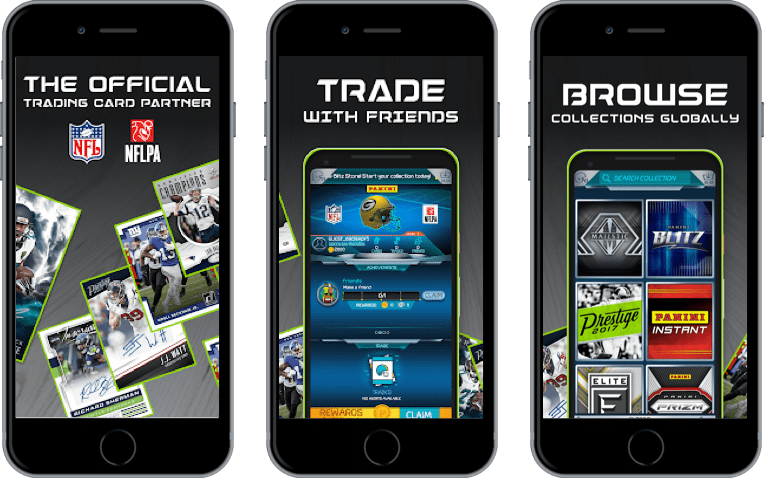 To provide a forum for trading and collecting cards to their users, Panini launched Gridiron apps for NFL and NBA. They had over 100 million cards that they wanted their users to have access to. However, they failed to accommodate such a huge database and their servers started to crash. The lack of security to protect their data was another key concern. The app also limited users to only five trades at a time, which was another deterrent to user experience. With all these complications, the desire to provide users with more engaging content through a highly gamified application seemed far-fetched.

In order to help their existing application transform into a successful one, our team had to understand the complicated architecture that was used to develop them and brainstorm over how to simplify it and make it more effective. There were lots of purchases made on the old application that needed to be made available on the new one as well. Hence, it also involved careful data migration. Our team was undeterred by the challenges, and with a comprehensive roadmap in place, left no stone unturned to make it a success.

We retired the older apps, did a gap analysis, figured new directions, and launched the new NFL Blitz and NBA Dunk apps. The new applications supported high-level functionalities, features, games and came with highly reliable security. These apps were designed while keeping in mind the aspects of digital trading and combining them with the best in-app experiences. For users who had made purchases on either of the Gridiron apps, the purchase data was migrated to reflect in the new apps.

Following the development and success of the Blitz and Dunk apps, our team was assigned the task of developing the FIFA World Cup Trading App for the FIFA 2018 World Cup in Russia. The app became the officially licensed trading card app for the World Cup. 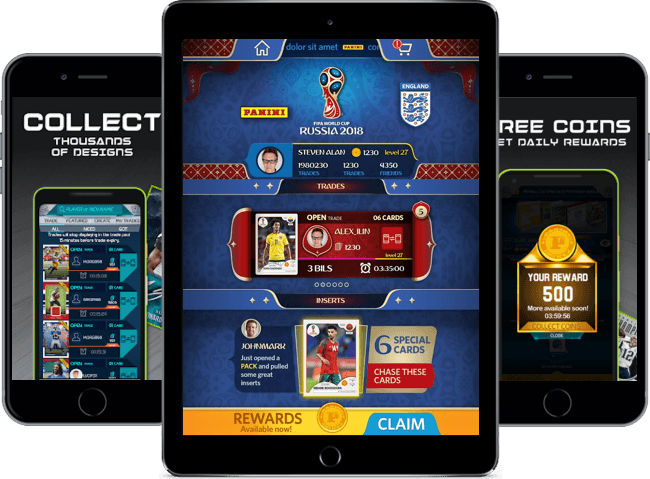 The new apps came with multiple user engagement features that allowed the users to:

All of this and much more, without having to worry about data security.

The app was received positively by existing and new users. The success of the applications is reflected in the fact that there was a 40% increase in average revenue per user and a 20% increase in paid users. As of today, the [x]cube team provides periodic maintenance and updates for the app to ensure continuous growth in customer base as well as an engaging experience for the existing ones.